An in-depth, exclusive interview with the CEO, Founder, and Chief Breath Taker of Delighted By Dessert Hummus. 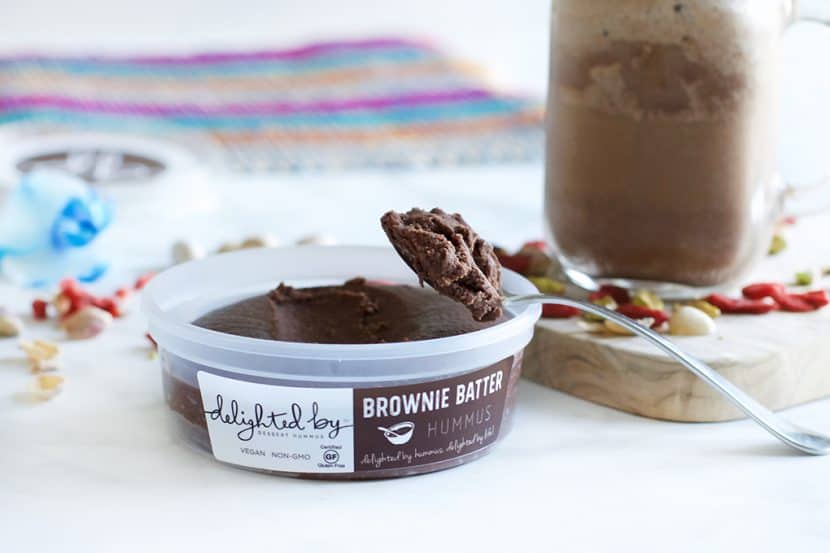 If you’ve read my posts over the past few months, are a friend/family member of mine, or have seen my posts on social media, you know that I LOVE my job. Like more than love. But if not, I’ll fill you in…. 😉

Aside from my work as a healthy living blogger and entrepreneur running my own Virtual Assistant company, I am also the Logistics and Operations Manager of a food company called Delighted By Hummus (I introduced it here!). I started off at the social media manager, which I still do, but was promoted as the first FULL TIME employee the company has ever had a few months ago. Everyday on the job I learn something new and grow as an employee. I interact with customers, help keep the business running smoothly, and am lucky enough to work right alongside our amazing founder and CEO, Makenzie Marzluff. 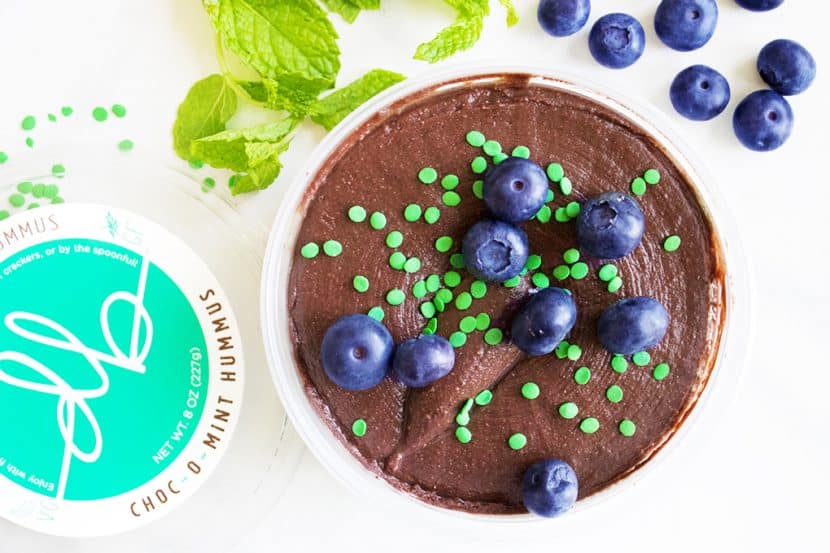 Have you heard of her? Well, if not, you will SOON. Not only is she appearing on Shark Tank this week on behalf of Delighted By….but also, she’s pretty much TAKING THE WORLD BY STORM. 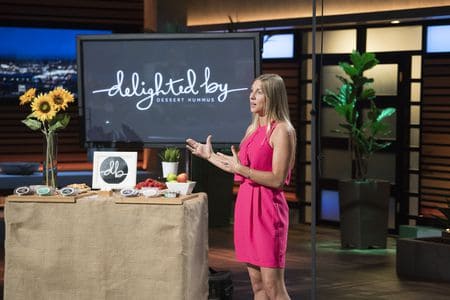 She’s a badass business woman, spiritually guided goddess, and someone I am PROUD to be able to call one of my best friends/chosen family members. Yes, we’ve gotten that close in our time working together. 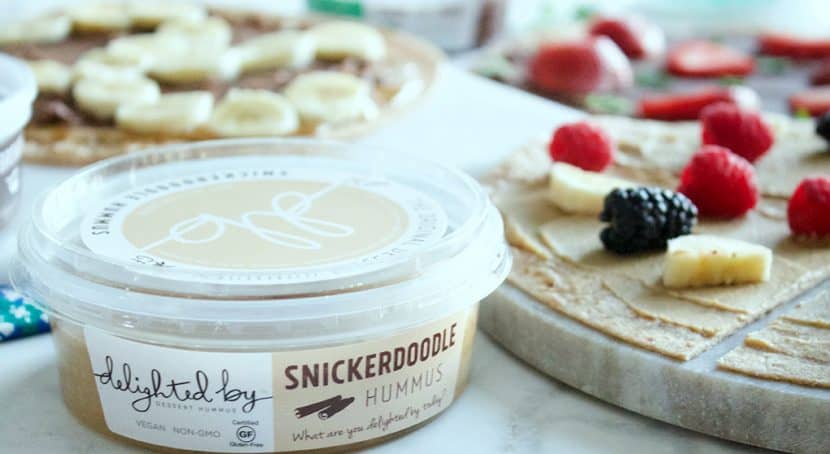 On the heels of DB’s Shark Tank debut, I wanted to interview Makenzie on what got her to this pivotal point in her career thus far. She is TRULY an inspiration to me and someone I aspire to be like in my own career path and life journey. 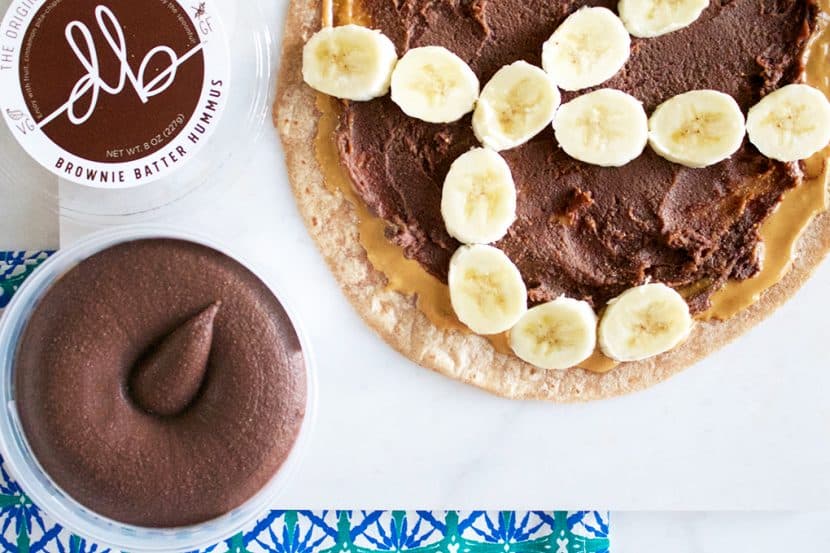 Read on to learn more about Makenzie, Delighted by Hummus as a conscious business enterprise, and what YOU can do to make your own entrepreneurial dreams come true! 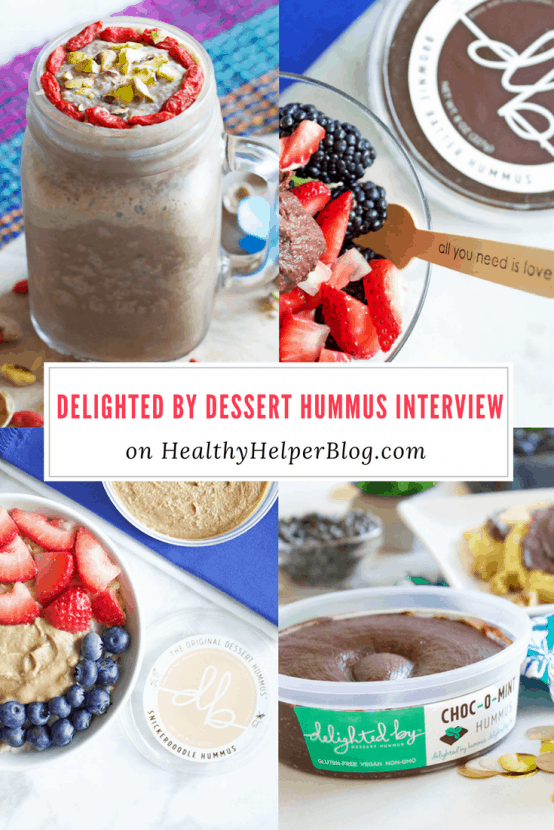 Where did the inspiration for Dessert Hummus come from?

I was going to a Super Bowl party in 2014…and being the sweet-tooth I am, I wanted to make healthy version of a cookie dough ‘dip.’ I thought ‘why not put chickpeas in the blender and see what I can come up with?!’ I took it to the party, and literally everyone DID think it was cookie dough. But I assured them no, it’s hummus, and it’s healthy!

It was always joked between friends and family that I should ‘sell the stuff,’ but I laughed it off until finally in 2015, I realized ‘why has no one brought dessert hummus to market yet?’ Being the curious entrepreneur I was, I set out to find out, with the intention of simply ‘spreading my glitter’ out in the world.

What’s in the name? Why ‘Delighted By’?

We believe that if you do more of what you are delighted by in life, then it will contribute to the world in a positive way. ‘Your vibration is the greatest gift to the universe.’ We always ask people ‘what are you delighted by today?!’….knowing that when we speak of the positive aspects of our life, we will attract MORE positive.

What did you do before you pursued a life of entrepreneurship?

I have always been an entrepreneur…Delighted By was my 4th venture I’ve launched.

Take us through the time in your life that you knew that DBH was worth putting all your efforts and energy into?

I had just gone through several months of healing from a rough year in 2014. I was asking ‘what is my purpose’ and ‘why am I here?’ In a healing ceremony in Sedona early 2015 I heard a divine message: ‘your purpose is to spread your glitter; it doesn’t matter what you do or how you do it, but that you simply be the LIGHT that you are out in the world.’ I was very moved by this guidance, and it gave me a huge sense of relief. When I was making my dessert hummus the night after getting this message, I heard another one while looking down at it: ‘’this is one way you’re going to spread your glitter.’’ I woke up the next morning, went to get the food permits, and launched Delighted By Hummus in farmers markets within a week.

Have you had an ‘aha’ business moment where you thought ‘I’ve made it. DBH has finally made it.’?

I haven’t thought DB has fully ‘made it’ yet because we are still really growing…But I will say, the moment I saw our dessert hummus on our first shelf at Wegmans, it felt super, super good. I cried and just felt SO grateful to finally see her available beyond farmers markets. I know the rest was history!

You’re appearing on Shark Tank, what made you decide to take a chance on that opportunity?

I initially applied to Shark Tank in 2015, at a time that I was making my dessert hummus out of my kitchen in 8-hour periods, solo. I was wearing every single hat in my business. After an overwhelming farmer’s market one day, I knew it was time to get some assistance…aka capital! As I was driving home, I thought ‘I should apply to Shark Tank.’

Shark Tank responded to my application rather quickly. I remember my heart pounding when answering that first call!

The business ended up being too early-stage for Season 7; I then applied for Season 8 in 2016, and while I got to later rounds, it still ended in the same result…no filming. For Season 9, I decided to not apply. The Shark Tank producers knew me and Delighted By well enough by then—I thought ‘they will reach out if they’re interested in my applying again.’ And then they did! After lots of interviews, paperwork, and months of preparation, my episode was filmed in June of this year. Third time’s a charm!

Without giving anything away, can you tell us what that experience was like?

Preparing for the show was an intense process that lasted for several months. Rehearsing the pitch itself, designing the display, and going over the numbers of the business took up the most of my time. In fact, by the time the episode was filmed, I was quite relieved to be able to bring my focus 100 percent back to the business itself.

The day of filming was one of the most intense days of my entire life. I’ve never had so many questions thrown at me all at one time. I can’t say too much more, but be sure to tune in on ABC Sunday October 15th.

Where do you see DBH in 5 years?

My future plans are to build Delighted By to national distribution from a place of alignment, and to transfer her (yes, I refer to my business as separate from me) to another entity where she can really thrive. My vision for Delighted By is massive, but am I the one to bring her there? Not necessarily. All I want for Delighted By is to see her fly, to see her impact a lot of lives, and to see people across the globe delighting in this high-vibe product. My intention in starting this company never included an exit strategy, but as I saw what DB was really up to along the way, I acknowledged that my service to her won’t be a forever thing. I think we will see this happen sooner than later, the question is who is ready for her? It’s going to require an entity/company who is open-hearted, ready to do this whole conscious enterprise thing, and willing to circulate resources to a brand that is actually making a difference in the world.

Any fun, new product or flavor additions coming in the near future?

We intend to launch our season items next year, such as Pumpkin Pie Hummus and eventually re-launch our original Chocolate Chip Hummus

I know it’s like choosing a favorite child, but what is your FAVORITE DBH flavor?

What are YOU delighted by? (Aside from dessert hummus, of course!)

I am delighted by other people spreading their glitter! I love experiencing others committed to their zone of genius, and doing so from a place of personal alignment. I am delighted by seeing individuals thrive while simultaneously contributing to a better world. xoxo

Delighted By Dessert Hummus: An Interview with the Founder & CEO @dbdesserthummus

Big thanks to Makenzie for being so open and honest with the Healthy Helper community! I love you, we love you, and Delighted By couldn’t have made it this far without you at the helm. Bravo, fearless leader! 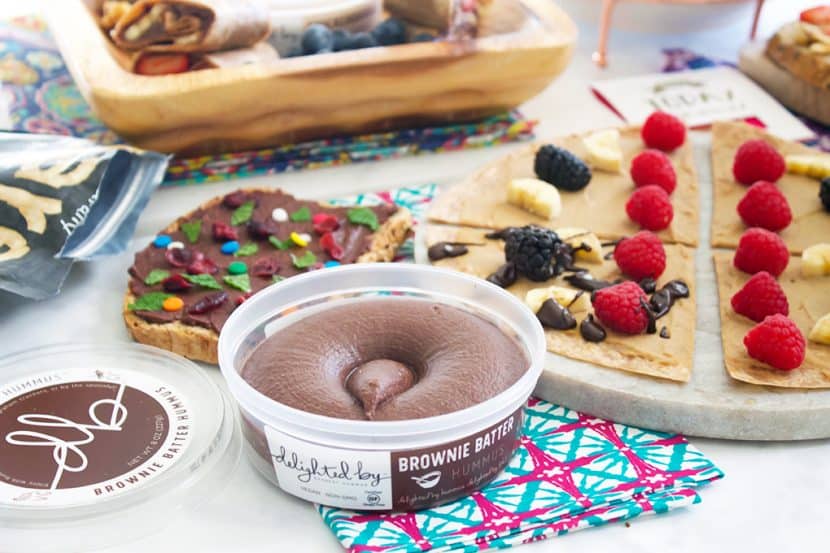 Shark Tank airs on 10/15/17 at 9pm EST in the US! Make sure to watch to get the lowdown on Delighted by Hummus and to see if we’ve made a deal with the sharks! 😉

Have you ever heard of Delighted By or tried dessert hummus?

Are you planning on watching Shark Tank?

4 responses to “Delighted By Dessert Hummus: An Interview with the Founder & CEO”