Happy Monday to all of you! I know some of you out there have the day off today, so enjoy that…and for everyone else, I hope your week gets off to a good start! As you’re reading this I am probably in the midst of running my Labor Day 15k in downtown Buffalo! I’ll be sure to recap it sometime this week (if I didn’t drown in the torrential down pours that are expected, that is…).

First off, I wanted to share the winner of the my Energy Bits giveaway! Thank you to all who entered! You all certainly like the idea of being powered up through natural foods!

Today I wanted to share a few things that I’ve been loving and loathing (take that with a grain of salt…I don’t actually not like anything that much!) as of late. These are just things that have kind of just come to me at random times during the day and that I’ve written down in a memo on my phone. Does anyone else do this? It’s where I keep all my posting ideas and other things that just pop into my head that I feel like I might want to share later on!

Let’s start with the positives!

Ugh. September. I just don’t like the way that word feels on my tongue. But hey, this is the LOVE portion still! SO let’s focus on the hot and sweaty temps that we’ve still been having! Keep them coming as along as possible! I love the heat.

Not the wimpy, soft, flavorless stuff that I’ve been getting all summer…no no. The real, sweet, amazingly delicious, creamy kabocha that I know and love! It’s back!

I’ve been doing this a lot more consistently lately and its making my legs feel great! I even tried it on my back and chest for fun and it felt awesome there too!

Not only am I writing for the paper, but I’m now Distribution Manager. Basically just a fancy name for the person who puts the papers around campus every week, but hey, I’ll take it! Plus I get a small stipend and get to hire some minions to help me! Hehe.

I’m helping my campus’s TV station get their name out there through their new social media accounts! Had fun taking some pictures of their first broadcast last week!

That means she’s this much closer to moving in and being my NEIGHBOR! Woohoo!

The 24 Greatest Things that Could Ever Possible Happen to You

27 Reasons it’s the Greatest Time to be Alive

16 Facts about Your Body that are Totally False

34 Ways to Make your Stuff Last as Long as Possible

I was approached by the owners themselves to review a mix from their company and I’ve been SO impressed with their products and service! Mix My Own is one of the newest customizable cereal and muesli companies…and in my opinion, one of the best! It’s really because of all the healthy ingredients they have to choose from!

For my mix I went with a base of GF rolled oats and added corn puffs (never had these before…they rock!), kamut puffs, cinnamon, vanilla beans, freeze dried strawberries, and freeze dried apricots! I loved the mix between crunch and chew that the oats and cereal brought. Also, there was no need for any added sweeteners because the fruit and cinnamon did such a good job of adding flavor to the whole mix! I love eating this mixture with ice cold almond milk and it’s also pretty delicious on the slightly frozen greek yogurt that I mentioned above!

Thanks Mix My Own! I’d be happy to ‘mix my own’ again and again 🙂

And now for the downers of the post 😉 For every love….there must be a loathe. 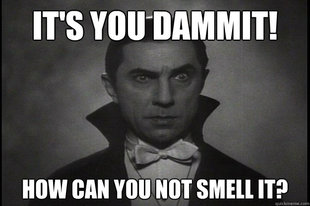 This is pretty self explanatory. But people have been RANKING up in the gym lately. Like to the point where I’m gagging and can’t catch my breath. Either it’s time for new gym clothes or a trip to the dr for over excessive stink. Perhaps some personal hygiene as well?

I think it’s because I’ve gone back to school and have been wearing makeup more frequently…but either way, it stinks. My face just feels so irritated! Maybe it’s time to invest in some higher quality foundation and brushes! I just hate to spend the money for something I don’t use very often! Anybody out there have some suggestions for makeup that’s good for sensitive skin?

Are they THAT lazy that they can’t take their dog for a two minute walk around the block?! Apparently because I stepped in yet another load of ginormous crap the other day. Not cool.

Love the heat. Hate the bugs it brings.

By Friday I was already wearing sneakers…I’m ashamed.

Granted, I love all my classes, but on Tuesday’s and Thursday’s when I have earlier classes and for a longer amount of time, it’s mighty hard to stay alert and attentive when my professors talk in low, monotone, man voices… They’re not men btw.

I try not to hate on customers too much, because the majority are absolutely delightful! But my major pet peeve is when people shove money/credit cards in your face before you’ve even finished taking their order! WOAH. Slow down there jethro. I’ll get to that momentarily. No need to whack me in the nose with your plastic!

Not only were there two news reports about people getting hit on their bikes last week…but it’s just something I witness everyday. It’s majorly frustrating to constantly be beeped, sworn, and yelled at by people even though bikes are supposed to treated as vehicles too!

Ahhhh that feels good. Getting some gripes off your chest….do it, love it, let it go. 🙂

Tell me something you’re loving and loathing!

Have a great day friends!

Todays’s Healthy Help: Picked up some hours for a friend that had a conflict!

Never too early to start Lending a {Healthy} Hand for this weeks round-up! Tell me what you’ve done to help someone else lately!