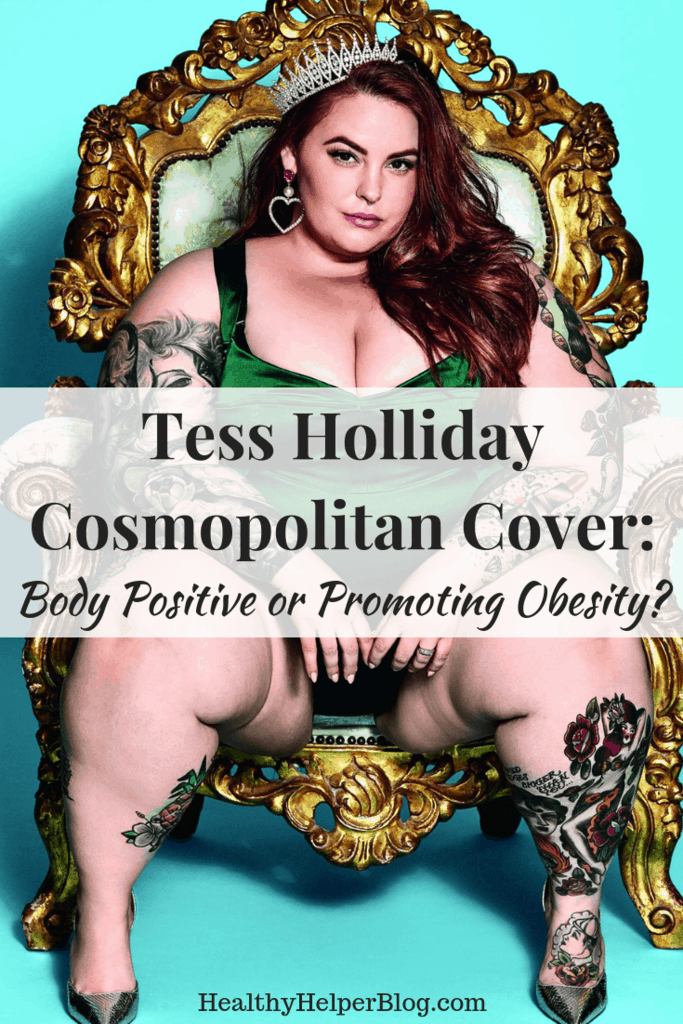 When you walk down the magazine aisle at a book shop or head to the check out lane at a grocery store, one thing holds true for most of the magazines featured there…a thin (usually too thin…verging on unhealthy), white, traditionally beautiful woman graces the covers.

One stereotypical standard of beauty and acceptable size/weight has held true for decades in the beauty, fitness, and fashion industry without much room for other people, DIFFERENT types people, to make their way into the spotlight. That is…until now.

Luckily, things seem to be (slowly) changing in our society. The body positivity movement is gaining momentum, more awareness is being raised about Health At Every Size, and generally people are becoming more accepting, or at least tolerant, of those that do not meet societal norms.

A sign that times are changing came earlier this summer when plus-sized model, Tess Holliday, was featured on Cosmopolitan UK’s cover. This was a huge step for the magazine industry…especially one’s catered to women that usually feature the same stereotypical body types from month to month. 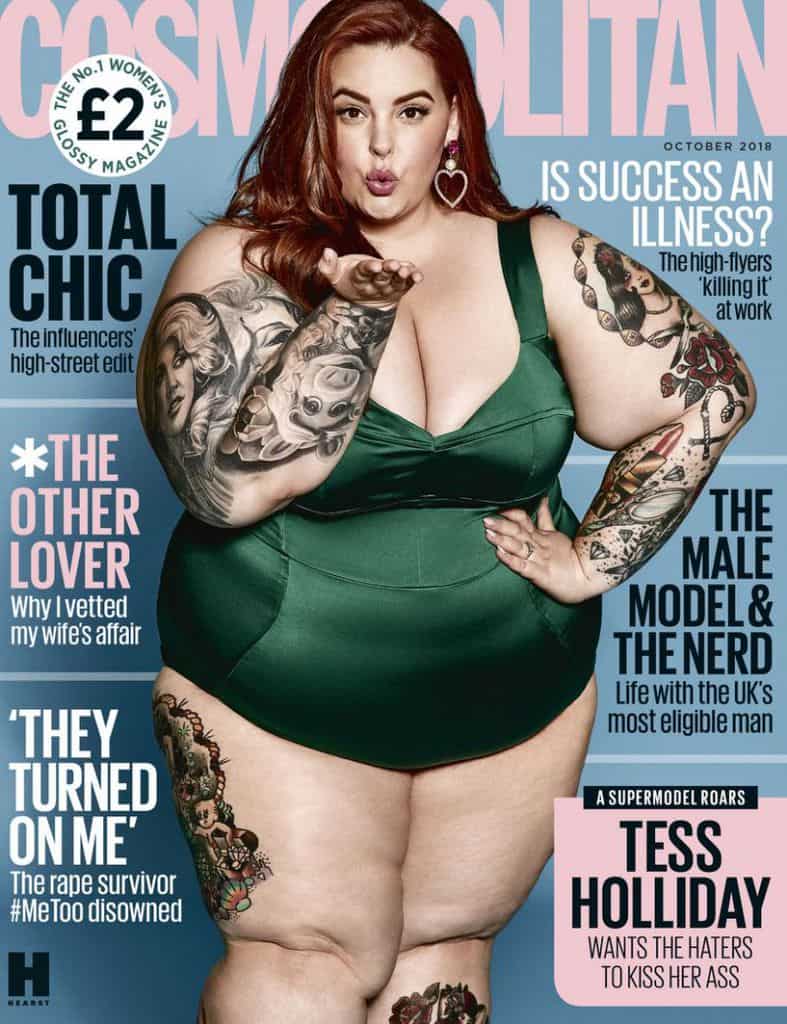 Needless to say, the public was shocked when this cover came out and their were many mixed reactions.

These are just a few of the contradictory words used to describe Tess Holliday’s Cosmopolitan cover. People on both sides of the argument for and against her being featured came out in droves to voice their opinions on the subject. Everyone from popular Youtubers to famous talk show personalities shared praise for Tess’s confidence as well as launched unyielding criticism at her and Cosmo.

One one side people considered Tess’s cover was a victory for women everywhere and that it sent an important message that your confidence and self-love does not have to be tied to your body size or shape. Many people on social media remarked how different their lives and self-image would have been if they’d grown up seeing women of all sizes represented in the way Tess was. Celebrated for her spunk, her acceptance of her body, and enthusiasm for living her best life possible no matter what she looks like or how much she weighs, Tess was a shining beacon of what the future could look like for little girls growing up that don’t quite fit the old (TIRED) standards that society has set for them.

The other side, however, was not so optimistic. Instead, throes of people attacked Cosmo, and Tess herself, for being “irresponsible”, for “glamorizing obesity”, and for promoting the idea that being obese is healthy. They went as far as to say obesity has no place in the body positivity movement and that nothing good can come from featuring someone of Tess’s size. Calling the magazine cover dangerous and misguided, opponents of the cover tried to justify what could be considered “fat-shaming” by saying featuring Tess was just as bad as featuring an anorexic model; basically showing one extreme or the other instead of a more standard “healthy” model.

Now, even a month or so removed from the initial release of the cover, tempers and opinions are still flaring over something that, in my opinion, shouldn’t be so serious. It’s a magazine cover. It’s for entertainment and leisure purposes. Not everyone needs to be adding their two cents and nitpicking a woman’s body apart just because she was chosen to take a few photos. But alas, that’s not how our society works and as much as I’d like to believe Cosmo had pure intentions in featuring Tess, they are, after all, a business. One that makes money by selling magazines. And this particular cover certainly got people talking and purchasing issues right and left.

I wanted to leave my personal opinion out of this discussion as much as possible, but after extensively researching both sides of the argument for weeks now while trying to remain as unbiased a possible, I did, in fact, develop my own thoughts on the matter. Overall, I think Tess Holliday being featured on Cosmo Magazine is a positive step forward for society, for body positivity, and for women, in general. If we take the “health” aspect out of the discussion, featuring a woman like Tess show others that ANYONE and EVERYONE no matter their size, height, race, ability, or age can be considered beautiful and deserves the spotlight. Sure, if we read too much into it and really dig down in the layers, there might be some skewed perception that featuring someone of her size is saying they it’s “healthy” to be obese. But I don’t think that was Cosmo’s intention. They didn’t choose to put Tess on the cover to say that obesity is healthy or something to strive for. They put her on the cover to show that everyone at any size can be beautiful and that being obese is OKAY. It may not be the best for you health wise, but your self-esteem or self-confidence does not have to suffer because of it. You can love yourself and love your body while working to become a healthier individual overall.

Frankly, I see Tess’s cover is not only representing overweight women around the world who have rarely been featured positively in commercial media, but as a nod to ALL women who are underrepresented. Women in wheelchairs, women with deformities, women of different races, women who haven’t been photoshopped and retouched to unrecognizable proportions, women with amputated limbs, women with skin conditions, trans-women, chronically ill women, women who don’t fit traditional beauty standards. Sure, these are not the types of “looks” that sell magazines, but they are the women that more accurately represent reality and what diversity there is across the world.

I’d love to hear your opinions/thoughts on this topic in the comments!